Syfy picked the potential show up, and commissioned a pilot directed by Cube helmer Vincenzo Natali. Tremors is a 2003 television show spun-off from the Tremors franchise. The two then remind Rosalita that only the three of them know the truth about where Melvin's Mixmaster contaminated water came from and he would be desperate to cover that up. But the TV series, from the same creators and writers as the movies, mostly plays it straight. Mixmaster has created a deadly swarm of mutated insects that infest the valley and kill a herd of horses and two construction workers. The scientist, however, destroys Burt's ammo to stop them. Stephen Barker 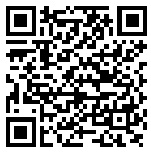